There is just something so special about coffee. How can this rather beautiful hot drink made from the roasted ground bean-like seed of a tropical shrub invoke feelings of the giving of affection, calm solitude and reflection and the coming together of loved ones in a social setting?

Everyone knows a roasted coffee bean, but you might not recognise the actual coffee plant. This tropical shrub is pruned short to conserve their energy and aids in harvesting their beautiful coffee cherries that grow along the branches. It takes nearly a year for a cherry to mature after first flowering and takes about five years of growth to reach full production. This shrub can live up to 100 years and is generally most productive between seven and twenty years.

All commercially grown coffee is from the equatorial zone called the ‘coffee belt’ located between latitudes of 25 degrees north and 30 degrees south. These trees grow in rich soil, with mild temperatures and frequent rain.

In my home town of Melbourne, Giancarlo Giusti from Gianciarlo Coffee is widely known as one of the pioneers of roasting, grinding and selling exceptional coffee in Melbourne. When he first arrived in Australia in 1960 he was inspired by the slow formation of an Italian community in Carlton. They were craving the ultimate cafe experience, that they had ‘back at home’, with the ‘feel of an Italian Village’ where they shared coffee, pasta, salami, cheese, bread and wine.

Giancarlo’s primary endeavour was to produce an exceptional cup of coffee for this Italian Village and also for those Melbournian’s who were wanting to try something exotic. So he handed over one pound for a large red coffee grinder and started roasting and grinding coffee beans and selling coffee. This business initially became known as the Grinders Coffee House in Lygon Street where people came to purchase their freshly ground coffee. By the late 1960’s he was supplying coffee to other cafes throughout Melbourne. The Grinders Coffee House still exists as a cafe in Lygon Street along with a successful business called the Grinders Coffee Roasters  which has been applauded as one of the premier coffee companies in Australia.

Growing up in an Italian household – coffee meant everything! My earliest and fondest childhood memories was watching my mum and dad wake up in the morning to put on the Bialeti stove-top coffee machine to make their first cup of espresso for the day. They would drink this cup of coffee in bed with a savoiardi biscotti and watch the morning news. So, it doesn’t surprise me now, as an adult, that one of the first things I do when I wake up in the morning is put on my Bialeti stove-top to make my first cup of espresso in the morning (minus the biscotti!). I have also been known to carry this coffee machine with me on holidays! 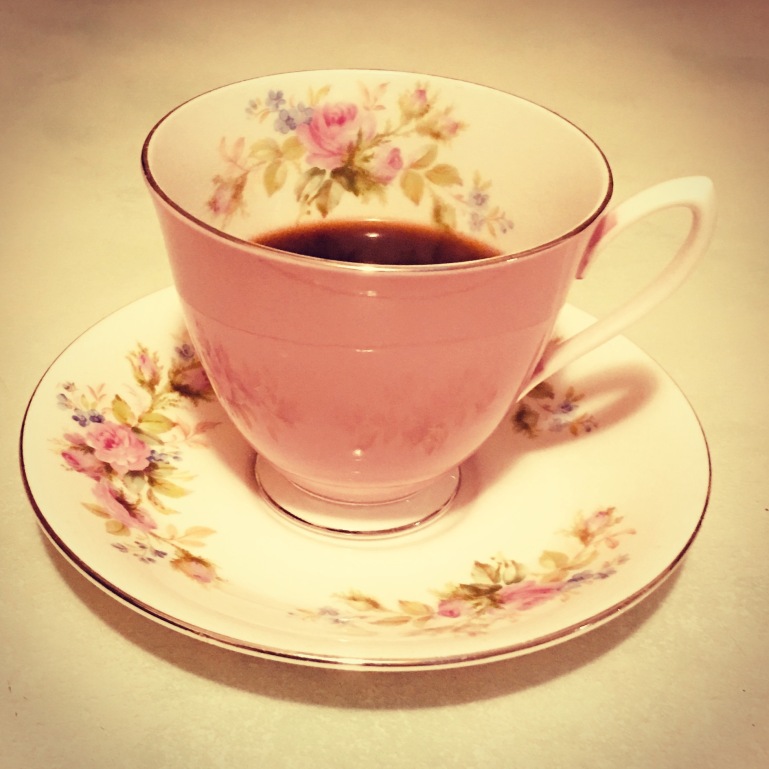 This morning coffee ritual reminds me of a recent interview I watched of former American President Jimmy Carter who left public office 35 years ago. He became a Nobel Peace Prize winner and is one of the most respected and committed humanitarians. He is now nearly 91 years old and discusses what he believes is the essence of a full life. He talks in this interview quite affectionately about the fact that he has been making his beloved wife of nearly 70 years – Rosalyn Carter – a cup of coffee every morning. In return, he would receive a lovely kiss from her.

This beautiful story unfolded when he woke up one morning to discover that he had forgotten her birthday that day. So he did some ‘fast thinking’ and wrote on a piece a paper that he would promise her, as a birthday present, to do anything that she asked him to do – unrestricted! So she asked for Jimmy to bring her a cup of coffee in the morning for the rest of her life. And so far he has being doing this for over 25 years.

Sitting down with a cup of coffee can invoke calm solitude and reflection. I was recently given the keys to a beautiful holiday house in Anglesea where I would wake up in the morning and have my coffee in a special Denby cup and saucer upstairs overlooking the sweeping views of the sunrise and ocean. It was beautiful and very calming. No TV, no music – just me and my cup of coffee with a book to read and a notebook to doodle in. 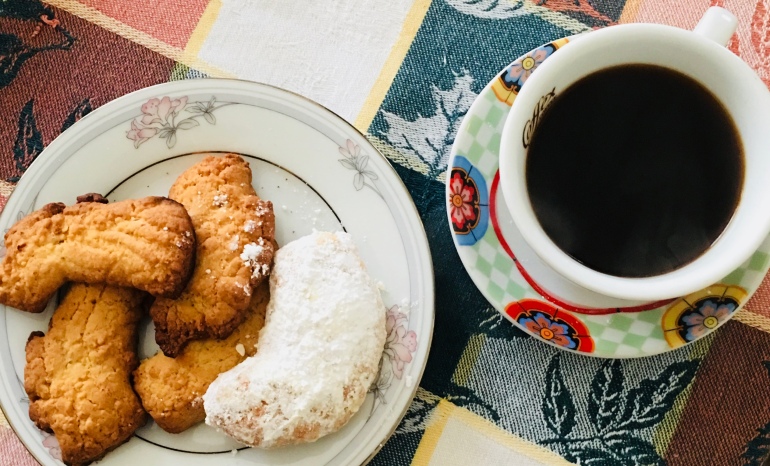 In contrast, sharing a cup of coffee with a loved one can be one of the most precious moments. I recently visited my Godmother Zia Maria in Altona. She makes the perfect cup of coffee served with her home made biscotti and baci chocolates. We sit and talk for many hours. And she always reminds that she has been getting the same blend of coffee made for her for many years now – she refuses to change – and I have to say – it is the best.

I don’t know what it is that makes this coffee taste so good over all the others that I drink. There is no fancy decor, no fancy cups or tablecloths and no fancy coffee machines. I think it’s the moment of pure connection. Just me and my godmother. Sitting on the same table and the same chairs – talking about the same old things – family, food, stories of the past and what the future may hold.

My godfather Zio Peppino usually appears in the kitchen after his afternoon siesta to have his cup of coffee as his ‘pick me up’ to get him through the rest of the afternoon. After his cup, he goes outside to pick for me the most beautiful rose to take home and enjoy. When I leave my godparents house, I always feel content and very happy to have cherished these precious moments with two of my favourite people over coffee, biscotti and shared stories.

Last week I made a cake for my family which went very well with a cup of coffee for afternoon tea. It is a twist of an old favourite cake of mine from my father-in-law Tom. It is my Raspberry Cake with Cream Cheese Frosting. Here is the recipe for you to make and enjoy. 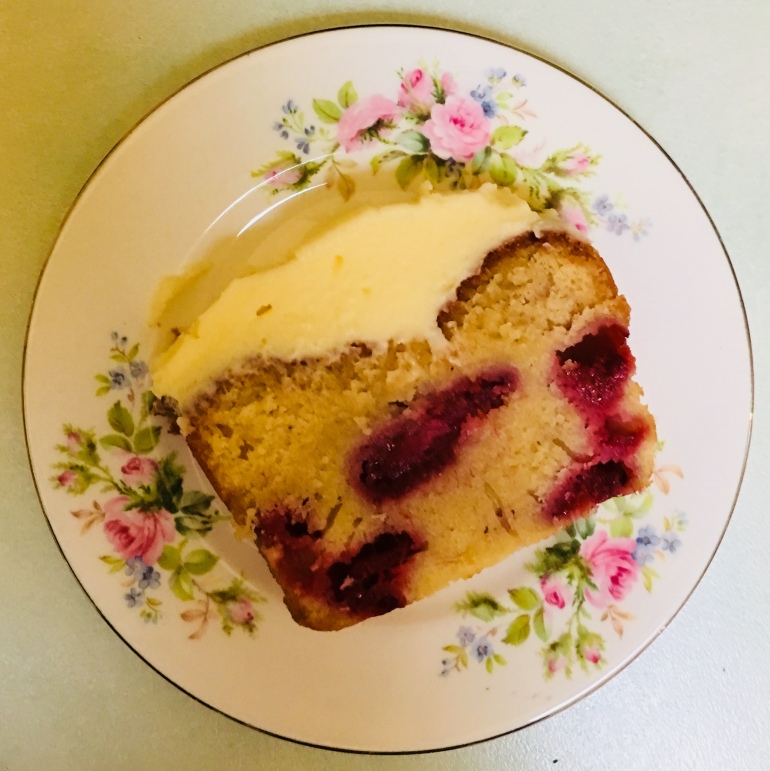 This cake will last for approximately 4 days.

To make my father-in-laws old-fashioned cake all you need to do is remove the raspberries and cream cheese frosting. Instead of the frosting, replace with a thick sprinkling of cinnamon sugar.

One thought on “There is just something so special about coffee”